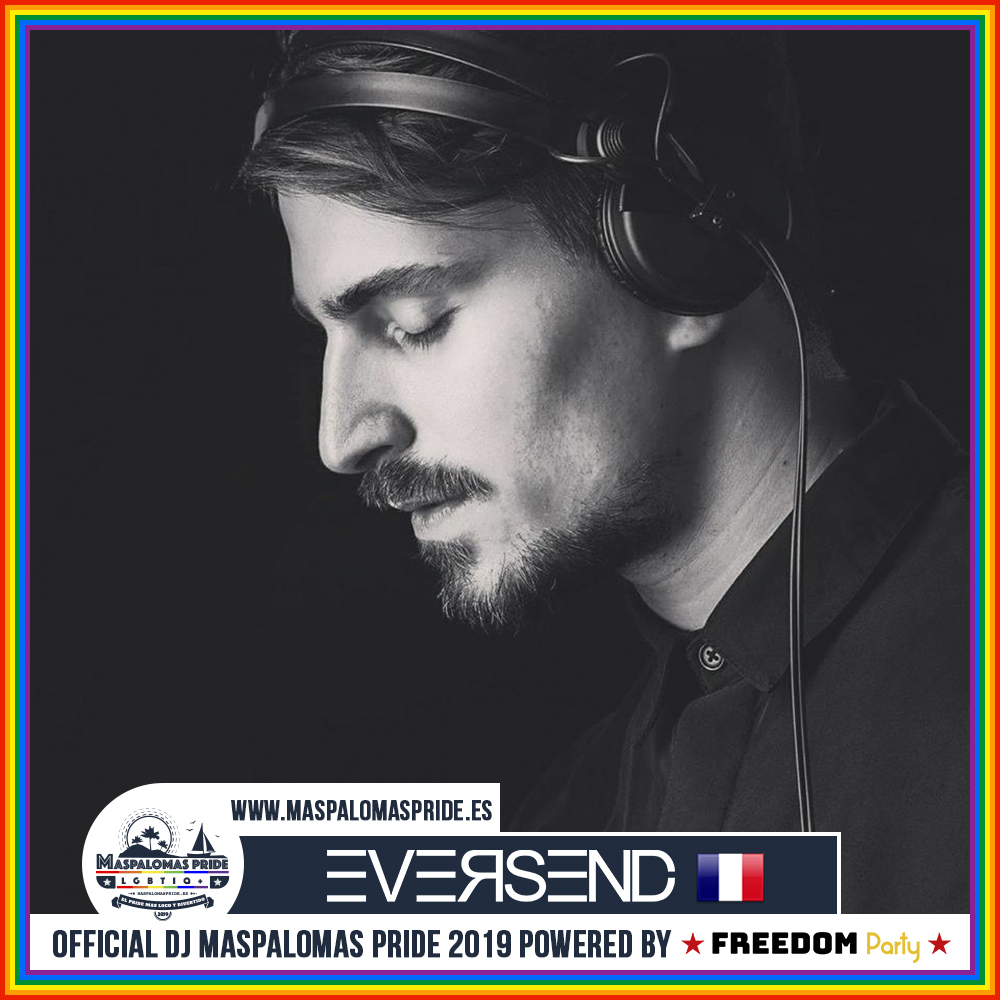 Eversend is a French Dj and producer who began his career in 2011 playing techhouse music at the famous “After Rouge” party in Paris. In his first years as a DJ he was already playing at famous parties in France such as “Redlight”, “Badaboom”, “La Nuba”, “Theatre Rouge” and “Pigallion”.

In 2017, he fell in love with the Brazilian rhythms and created his new style without losing his identity and European references.�
His own unique style brought attention to one of the most famous gay clubs in Europe, “Gibus Club”, where he became a resident in 2016.
His undeniable success gave him a new residency- this time at the biggest gay party on Sundays in Paris at the “Le Grand Hotel”, where he had the opportunity to share the stage with the biggest names of the Circuit Scene and had been embraced as one of the biggest and most talented DJs of France.

The exotic mix of a French DJ playing with the Brazilian style won over a lot of fans in South America. In 2018, less than 2 years after he embraced his unique style, his international career started and he was invited to play at the biggest gay pride in the world: São Paulo Pride.
That was only the beginning.
Eversend is now a very well known DJ at the LGBT scene and he is touring all over the world.
Along with his connections with his Brazilian fans, he played in several countries such as United States, Switzerland – where he got another residency at “Fly Wish” in Geneva – Portugal , Croatia, Malte, Poland, Spain, Belgium, Chile , Colombia, Argentina, Dubai, Netherland, Mexique, Usa, Mykonos, Costa Rica & Italy

For the second semester of 2019, Eversend will be back for a new tour in Brazil. This time celebrating his residency with one of the biggest international brands, “Joy Party Brasil”.

Brazil won’t definitely miss his unique style since he is already confirmed for the main parties at New Years and Carnaval of 2020.

Keep following his next steps on his social media and enjoy his new sets on his Soundcloud page:

freedom party is the craziest and most fun party